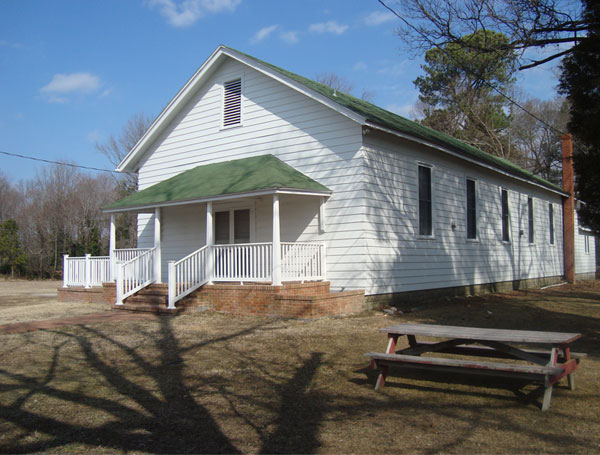 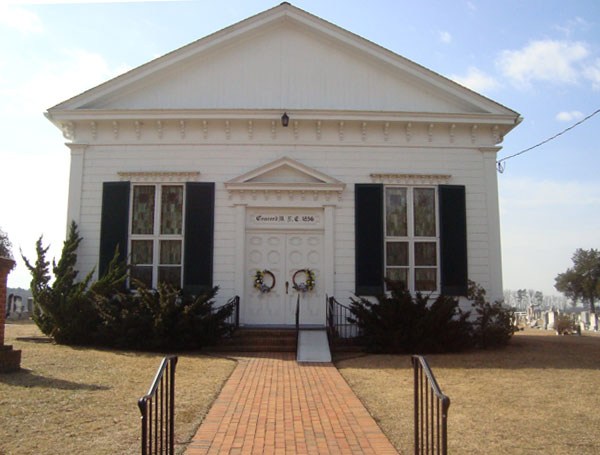 Concord
(in The History of Caroline County, Maryland, From its Beginning, 1920, pp. 281-283) www.rootsweb.ancestry.com/~mdcaroli/Concord.html

View and print the article from the Denton Journal dated October 12, 1956.
print Concord Church to Celebrate its 100th Anniversary

View and print the article from the Times Record dated October 19, 1983.
print Concord Church to Celebrate its 180th Anniversary

Brief History of Concord United Methodist Church
Concord received its name in 1804. Services were first held in the home of Abraham Collins. A 1/2 acre parcel was bought for $15.00 to build the original church. The first record of preaching was in 1817 by Bishop George. The original church, built near the present site, was sold to an African American congregation and moved to another site.

Our church as it stands today was built in 1856. The framing was hand hewn and drawn by oxen and was completed in 1857 at a cost of $1,861.82. The dedication service was in October 1860. Also, in 1857 four acres were bought for a campsite. The campsite was widely known and many memories were made there. The campground was destroyed by fire on July 7, 1927.

Originally Concord was associated with the Denton Circuit. At the March Conference of 1886 Potters Landing Circuit was formed. It was made up of Harmony, Concord, Bloomery and Chestnut Grove. In 1890 the charge was changed to Williston, then changed again in 1906 to Concord.

In 1906 a Ladies Aid Society was organized to help carry on the work of the charge. This group is now known as the United Methodist Women or Women's Society.

Also, in 1906 church members saw a need for a centrally located parsonage. The parsonage was built on the southwest corner of the campground. Ground was broken on May 17 and on July 16 the Rev. S.P. Shipman and his family moved in. In 1964 repairs and remodeling were done on the parsonage. In 1968 the parsonage was sold. Concord received one half of the sale.

In 1930 the Concord Church House was built for $3,800. In 1968 a new kitchen was built on the back and a bathroom was installed. In 1971, new aluminum siding was put on the church house and four gas furnaces were installed.

The cemetery is now endowed and actively maintained by a separate incorporated board of trustees.

Many improvements have been made over the years, including renovation of the sanctuary with new furnishings, brick sidewalk, porch railing, handicapped ramp-even straightening of the church house, also known as the community building.

Today Concord is the sole church on its charge-the Federalsburg-Concord Charge-and has its own part-time pastor. We have been blessed with gifts and support of loyal members and friends in the surrounding community. To God be the glory!